There are different types of street art, such as Graffiti, skateboarding, Parkour, pop up shops, yarn bombing and more. Some have political motivation, some are just activities based on people’s interest.

Graffiti are mainly created to gain a recognition from the public and also to compete with other graffiti artists. Artists will spray paint their signatures and artworks in an area in order to tell the other graffiti artist what they are capable of in terms of creativity. Graffiti can sometimes be created by people that wanted to express their viewpoints to the government or a political leader without letting them know who they are. It’s more like sending a message without letting the government to find out who they are. These kinds of graffiti usually get people’s attention and they might support artists by making copies of similar artworks.

The graffiti painting below shows that the government has restricted our dreams. It also brings out an important message of people have to fight for their freedom. 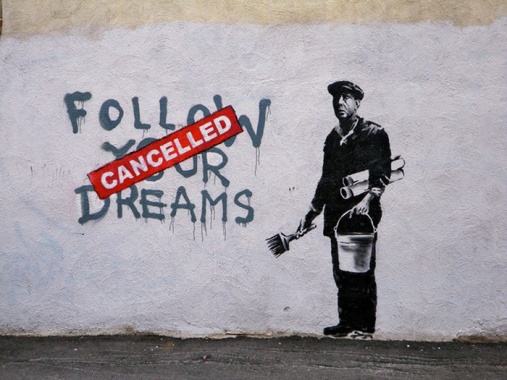 Yarn bombing is a modern way to present street art. The idea behind yarn bombing is to create a warm feeling in a city. It requires different colours of wool to cover an object. They could be an object from trees to lamp posts. Some says there might be political view within this type of street art. In the example below, a tank was covered by pink wool. This allows me to imagine a tank used to be in a war could become a beautiful art. The wool ball at the front of the tank cannon shows the humorous side of the tank, it tells us when the ammunition of the tank fails, it could be funny and artistic. 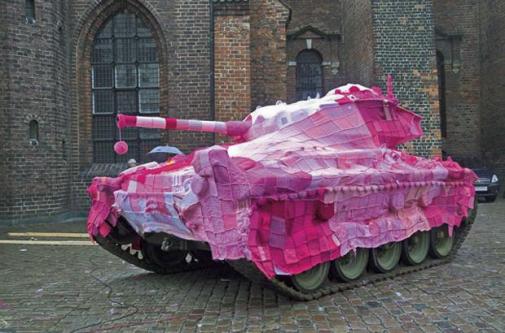